Recently we launched a YouTube channel to assist members and anyone else who is interested in learning about emergency communications, with a video portal to learn or refresh themselves with skills required to be competent radio operators.

The channel can be found at: https://www.youtube.com/channel/UCCnZW9Eu74ygPCFXen2AAEg

The videos are intended to be around 5 minutes each so that you do not need to spend long periods of time looking through videos to obtain information. We hope to do a number of these and if you are wanting a video on a specific subject feel free to ask for it, and we will see what we can do.

We hope to also do a series of interviews with interesting people within the ham fraternity and especially HAMNET members. If you know of someone that you may want to know more about feel free to suggest that we interview them. Further, if you are any good at making videos why not assist us in getting a few more videos online.

On Saturday the 16th November the Kathu Village Mall in Kathu had an Emergency Service Day and Hamnet was invited. We set up with two vehicles later 3. There was a radio in the one vehicle but we also had a mast set up. Giepie van Zyl ZS3GP and myself Roy Walsh ZS3RW were there from 08:00 and later joined by Gerhard Coetzee ZS3TG. Carel Reyneke ZS3CA was also involved with a local security company. The day ended at 14:00. 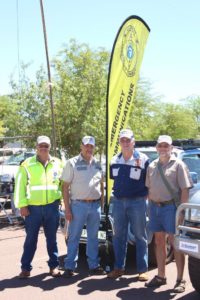 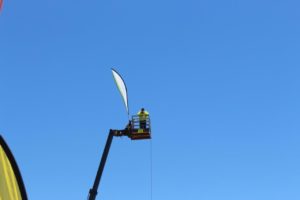 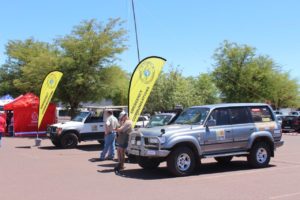 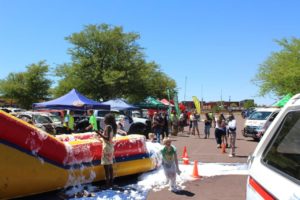 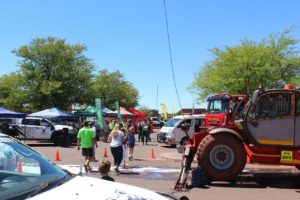 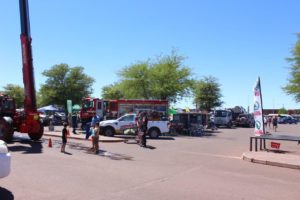 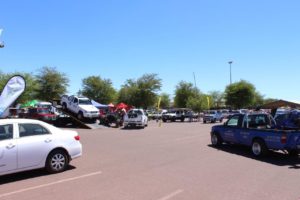 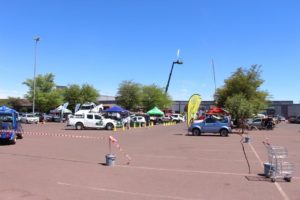 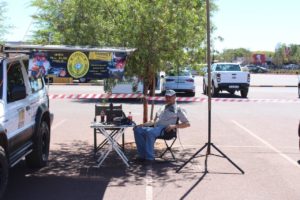 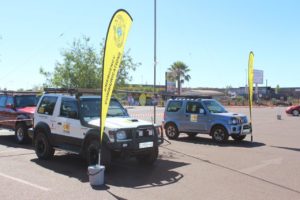 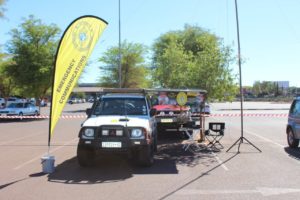 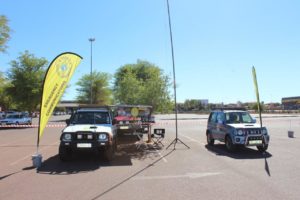 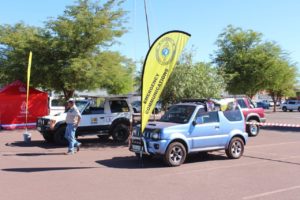 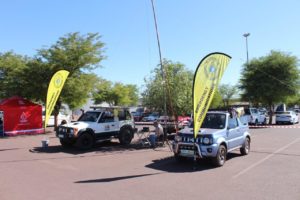 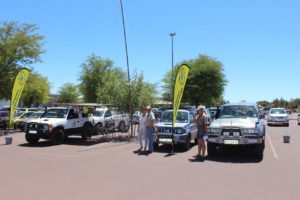 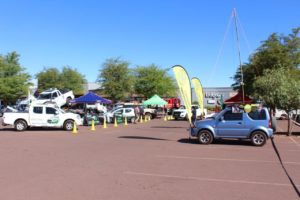 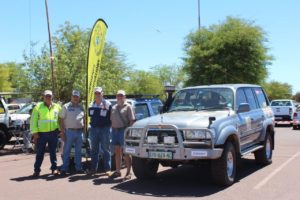 On Wednesday 29th of August the City of Cape Town’s Disaster Risk Management department had an exercise with the Koeberg Nuclear Power Station to test their disaster processes under the watchful eyes of inspectors of the National Nuclear Rugulator.  HAMNET participated with the exercise and were ready to provide emergency communication backup should any of the other existing services have failed (or be simulated to fail).
In matters of this scale there are multiple layers of redundancy to ensure that even should multiple simulateneous faults occur for whatever reason, the situation would never put the general public at risk.
Exercises of this nature always have a planned element of surprise.  The exact nature of the simulated disaster is determined by NNR on the day of the simulated disaster, and as it plays out during the day more real life curved balls are brought into the mix to simulate aspects of a disaster situation which is unexpected and tests the multiple levels and layers of all involved are tested.  Various organisations are involved in these exercises, consisting of SAPS, SANDF, ESCOM, NNR, Dept of Health, Traffic Police, Law Enforcement, Arrow Bus company, etc. etc.
In this particular exercise, the simulated explosion caused “damage” to an on-site nuclear waste storage facility with consequent “release” of radiation and eventual on-site power failure resulting in the disaster centre having to relocate to another (planned) site.  This resulted in several backup power generators having to come on-line to provide power for control systems at the power station itself.
In preparation for the exercise a mobile VHF/UHF crossband repeater was installed at a high site known to provide suitable coverage to areas where other existing systems were struggling with coverage and where coverage would be required.
Three Hamnet members participated with this exercise – Dean (ZS1KP(, Hendrik (ZS1EEE) and Alister (ZS1OK).  After setting up the Hamnet communications room at Goodwood for the specfiic requirements necessitated for this exercise, we were able to follow the development of the exercise from the spill-over JOC – which had CCTV coverage of the active Disaster Management Operations Centre – where the exercise was playing itself out.
As could be expected there were a couple of curved balls thrown at the emergency management committee but these were all dealt with very well and in due process and time.
In the end, due the the specifics of this exercise the Hamnet members earmarked to be mobile operators in support of the exercise were not deployed, but it was a good training ground to follow the process as it unfolded from the spill-over JOC.
After the exercise was concluded the mobile crossband repeater was retrieved, and in preparation for future events, the radio coverage in some areas and this info is to be included into future operating procedures.
Thanks again to those who participated and to Alister for arranging our response!

During the gala dinner held in Pretoria in mid April, a number of Hamnet Western Cape members were awarded the Jack Twine Award. Unfortunately not all of them were able to attend the dinner.In place of a regular members meeting, HWC held an awards evening to present these to the members. 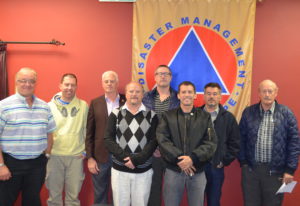 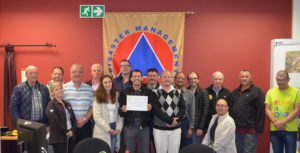 Congratulations to all recipients and thank you for your assistance through out the recent years.

A group of six Hamnet operators from the Western Cape, assisted with the event communications at the Kogelberg WIldrunner which took place in rainy conditions at Kleinmond on Saturday morning, 12th of August. The six operators consisted of: Matt (ZS1MTF) and Steven (ZS1DAD) who operated from a location where having vehicles with high ground clearance was essential. John (ZS1JNT) and Douw (ZS1DGK) operated from the golf course parking area while Peter (ZS1PDE) and Alister (ZS1OK) operated the base station located in the parking area of the Kleinmond beach and lagoon. It was the first time for Steven and John were involved in a trail running event.

Conditions were rather wet, with regular rain squalls during the event and this impacted the runners having to negotiate areas of large standing water in some of the trail areas. Because of the wet conditions we mostly operated from within our vehicles.

Fortunately there were no serious incidents during the event and support of the comms went off well without issues.

At around 08:30 a call came through for a missing hiker that was located on Platteklip Gorge. There were no operators able to respond and HAMNET WC was assisting on the Lions Journey for Sight & Service Cycle race. After checking with control Grant (ZS1GS) was released from his function to respond to the call.

A team of 5 rescue personnel ascended the mountain to assess the situation. Due to the high winds Skymed was not able to fly and the cable cars were also unable to run. After the assessment of the paramedic who confirmed that the patient was deceased it was decided that the patient should be carried down the path. A similar carry out, a few years ago, took almost 30 field operators around 8 hours.

On arrival Grant requested a sitrep and took over the control of Metro1. As more carriers arrived they were dispatched up the mountain to assist with the daunting task of carrying the patient down. Only around 15 carriers responded but the task went quicker than expectded.

Ian (ZS1OSK) was also released from his duties at the J4SnS race and joined the operation. Ian was tasked to be positioned at the junction of the contour path and the Platteklip Gorge path so that he could dissuade hikers from using the path up the mountain. The wind was bad and along with the rescue it was not advisable for the public to be on the mountain.

At around 20:10 on 13 January, a call was put out for a party of hikers that were stranded on top of Table Mountain. Due to the weather conditions the cable car had suspended operations and the hikers were stranded without lights and warm clothing. A team was sent to asses them while they slowly made their way down. Ian Stanbridge (ZS1OSK) responded to assist with communications from Metro1. The patients were reached and assessed where they were treated for hypothermia and assisted further down the mountain.

The stand down was given around 22:00 after a debriefing and the patients went on their way in private transport.

Members from HAMNET Western Cape were involved with a number of rescues over the festive period.

On the 1 January 2017, Matt Feinstein (ZS1MTF) responded to a call for a dehydrated patient on Platteklip Gorge. Matt secured the landing zone (LZ) at Kloofnek parking to allow Skymed 1 to operate in the area. The patient was extracted and taken to hospital.

On the 4 January, Jason Codd (ZS1ZW) and Phil Van Den Bossche (ZS1VCC), responded to a call for a patient that had fallen in the Elsie Peak area. This is located around the Fishoek are of Cape Town. A suitable LZ was sought and it was decide to hold this at the Fishoek Provincial Hospital as no other suitable area could be found. The call was only received quite late and the rescue crew had to operate quickly as the light was fading. It was decided to extract the patient with a screamer suit to allow for faster operations. At the same time a call for a patient in difficulty on Platteklip Gorge was received and Liz Southey (ZS1XS), Ian Stainbridge (ZS1OSK) and myself (ZS1GS) responded. This was Ian’s first call so we welcome him to the list of responders. The patient was walked out and brought down by the cable car and was taken away with private transport.

On the 8 January 2017, Ian (ZS1OSK) responded on his own to a call for assistance with a party of 5 requiring help. The party was made up of 2 adults and 3 children. They were mobile but were out of water and were uninjured. Ian manned Metro 1 at the Jeep Track and by sunset the party were safe off the mountain.

I wish to thank all the members involved throughout out the entire holiday period for their support and efforts. It is appreciated by myself and the management of Metro.